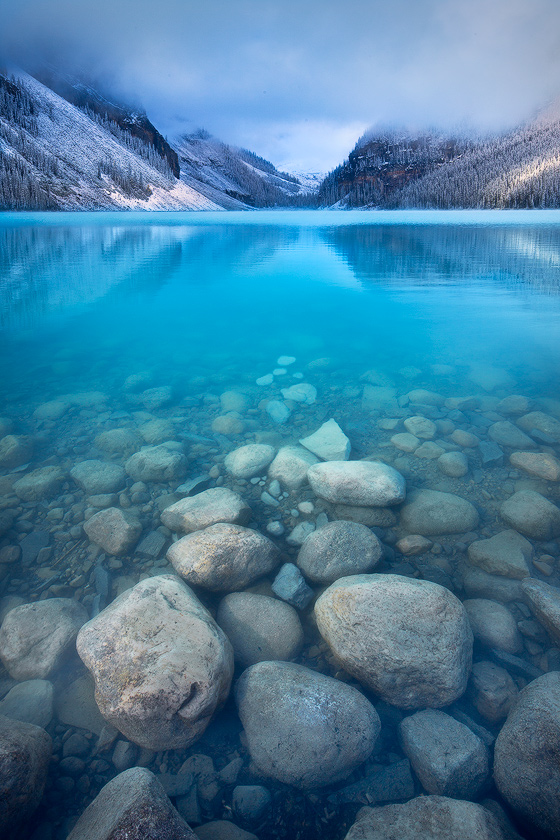 Lake Louise is part of the UNESCO World Heritage Site of Banff National Park in Alberta, Canada. The National Park extends from Lake Louise at it's southern end and stretches north throughout the Ice fields Parkway to the town of Jasper. The park is littered with glaciers, alpine forest, snow capped mountains and an abundance of wildlife such as Grizzlies, Black Bear and Elk.

Lake Louise (pictured here) along with nearby Moraine Lake are two of the worlds most picturesque lakes. The glowing blue/turquoise water of the lakes is caused by silt or "rock flour" that is contained within the water. The movement of the glaciers erodes the bedrock which is then washed into the glacial runoff and is left suspended in the lakes.