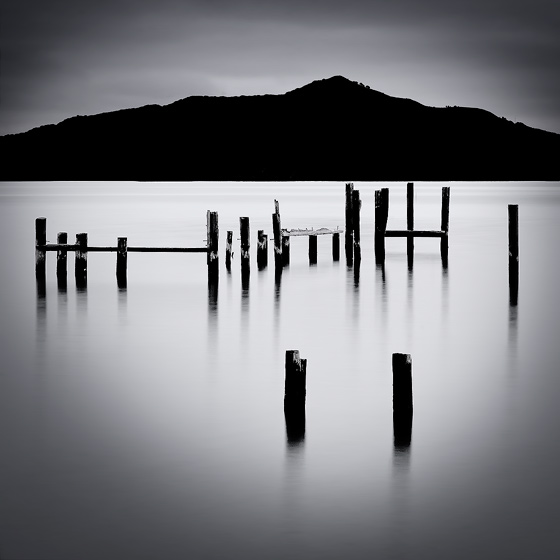 Sausalito is situated within the San Francisco Bay Area city, and this viewpoint is captured from the Northern end of the Golden Gate Bridge. Angel Island can be seen across the water, and it is depicted as a rather imposing and dramatic manner, especially when being contrasted by the perfectly flat, serene water. The island has served many purposes throughout its history; including fishing and hunting site for the Miwok Native Americans, and later, a military fort.