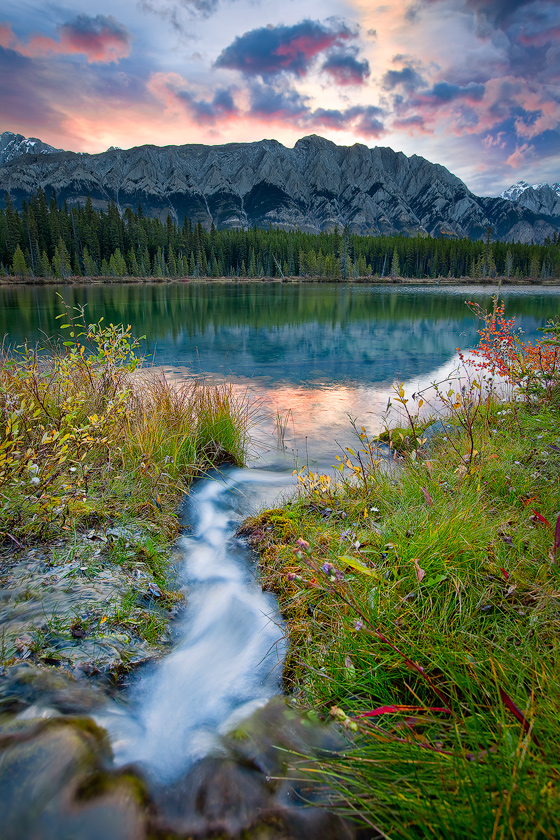 This park system was named after the Kananaskis River which is pictured here. It is situated in the front ranges and foothills of the famous Canadian Rockies in the West of Calgary, Alberta in Canada. Its popularity in tourism increased with the hosting of the 1988 Winter Olympics in Calgary, and now flourishes with the facilitation of various recreational activities such as hiking trails, fishing spots, ski areas, horse trails, numerous camping grounds, golfing, and of course, many luscious green parks to explore. It is also popular for its cross-country ski plains. The visual beauty really is mesmerizing, and virtually inescapable.